shirleyann66
Fandom:  Original
Genre:  Het/Chick Lit
Pairing: Original Pairings
Rating:  PG-13 for language.
Word count:  ~103,000 (there are different word counts in different programs; this is the average)
Warnings: Lots of swearing; irreverent attitude towards some serious subjects such as infertility, infidelity, and life-threatening illness.  Erm...this happens to be a comedy...
Summary:  For the last fifteen years, Rose “Manny” Mankowski has been a very good girl. She turned her back on her youthful fancies and focused on her career. But now, at the age of 45, she's questioning her choices and feeling more and more disconnected from her own life. When she's passed over for promotion and her much younger new boss implies Manny's life will never change, something snaps. In the blink of an eye, she's quit her job, sold her house and cashed in her pension, and she's leaving town on a six month road trip.  After placing a personal ad for a travelling companion, she's joined in her mid-life crisis by Zeke Powell, the cynical, satirical, most-read – and most controversial – blogger for the e-magazine, What Women Want. Zeke's true goal is to expose Manny's journey as a pitiful and desperate attempt to reclaim her lost youth – and increase his readership at the same time. Leaving it all behind for six months is just an added bonus.  Now, armed with a hatful of destinations, a fistful of guidebooks, and a rich fantasy life, Manny's on a quest to rediscover herself – and taking Zeke along for the ride.

Link to masterpost:  Is right through here...

...but I haven't seen any news for a new round yet...mods - please feel free to delete this post if it's inappropriate.

I finally (finally!) finished my fic for this challenge.  It is available on my LJ but since I've blown past amnesty and am well into "I'm so far behind I think I'm ahead" territory, I don't feel right just posting it here.  If anyone's even remotely curious after all this time, just drop me a note in the comments.  :)

However, since I wouldn't have finished it without this community, I wanted to say thank you for this challenge; it really did keep me motivated through some "this-is-so-awful-I-should-burn-it" moments.

Notes: I need to thank my betas:

camshaft22! It wouldn't have happened without you. I'm sorry. And thank you!

lovelornis
Fandom: Star Trek Reboot
Genre: Ensemble Adventure
Pairings: Various (Het, Femmeslash, and some kinda-sorta Pre-Slash K/M as well)
Rating: Light R
Word Count: 150k+
Summary: A Sci-Fi/Adventure, Alt-verse, Future-AU in which the crew of the Enterprise encounters a problem unlike any they have ever faced before: Teenagers! In space!
Author Note: This was ridiculously fun to write, and I hope that any reluctant readers out there will at least give this 'verse a chance. 'Cause if you love Sci-Fi, it is very likely that you'll get a kick out of this story. And I'm not just saying that because I wrote the thing! XD I wrote it with the full measure of geek love I have for Star Trek and the countless other Sci-Fis that have tremendously enriched my life over the years. So, go ahead and try it out! It's all posted! :D Illustrated by the epically awesome

kilala10 and Betaed by the awesomely epic

honeyycomb. Good luck to everyone still working on their supernovas. I wish you all success! Live long and prosper, everybody! :D
Link:

Title: taken by the sea
Author: 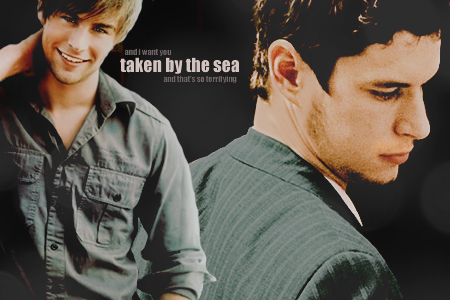 If you've finished your work, but aren't going to be posting to the comm, here's the place to let us know that you finished. :D

Remember to include a screencap of your word total and an optional blurb or summary of your story is very welcome.

It's been a while (my deepest apologies).

Let's do a bit of checking in and see where we're at?

As always, polls and commenting are at your discretion, but we'd appreciate if everyone could pop in and fill out the appropriate poll in this post!

If you are planning to post your Supernova, fill out this poll:

Open to: All, detailed results viewable to: All. Participants: 16

The Following Apply to Me:

If you are not planning to post your Supernova, fill out this poll:

Open to: All, detailed results viewable to: All. Participants: 8

The Following Apply to Me

A Text Box for Fun and Commenting (for all):

Everyone is doing so well!!!

Creativity is allowing yourself to make mistakes. Art is knowing which ones to keep. -- Scott Adams

As always, check-ins are completely optional. Feel free to fill out as much or as little as you'd like (and it whatever way you'd like, general terms, more specific, whatever) and to comment and engage with each other.


Next weekend (Friday or Saturday) we'll have a friending meme, and the weekend after perhaps a sharing post.

disturbinglynic has reminded us that a new round of

As always let us know if we can help you with anything. My inbox is always open (even if I'm not always at my inbox).

We're coming up on the end of sign-ups (we'll start ramping up the community over the weekend), so here is a list of everyone that we currently have as signed up.

If you are on this list and have not yet joined the community, please join and you'll be given access as soon as we're able. If you don't request access I'll start sending out invites on Saturday (but it really is more expedient if you request yourself).

If there are other concerns/issues/comments that we should be aware of, please comment over at the Page-a-Mod or message

welfycat, and I'll get back to you as soon as I can.

We've had a great turnout, and I'm looking forward to spending the next six months getting to know all
of you and writing up a storm.

ETA: Sign-Ups are now closed! I've sent out invites to those who have not joined the community. If you didn't receive an invite and were supposed to, go ahead and request to join the community.
Collapse